Hi! How are you? Ready to ring in the New Year? Ready to sleep in the new year?? Other??? I had some MAJOR fails this year. Actually, I had some major fails within the last 24 hours! Let’s just get all the fails out of the way so we can talk about wins.

First. Last night I was watching TV at my parents’ while working on my laptop. I got up to get a snack (obviously) and set my lapper down on the remote. Then, I came back to this: 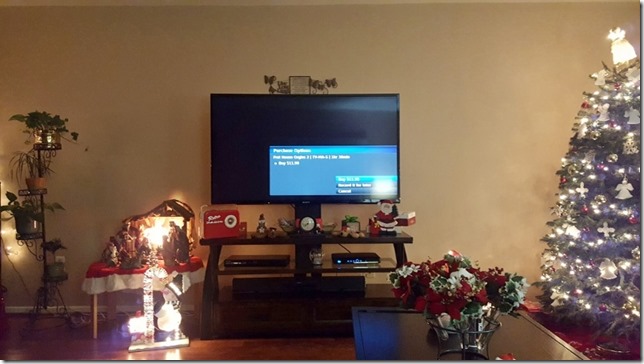 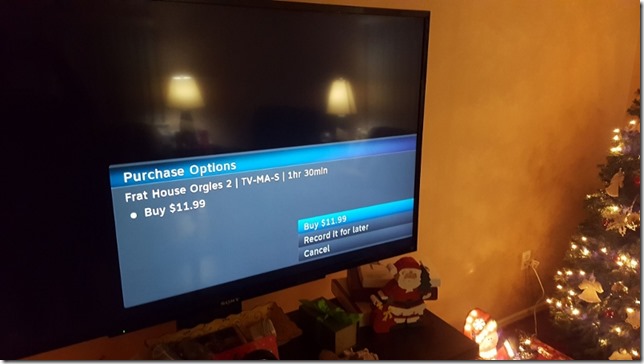 I ran around the room screaming dramatically because I thought it was funny and was now hyped up from my previously mentioned snack.

Then, just as I got into bed the fire alarm started to go off. It was so loud and scared the crap out of me since I was just about to drift off into sleep and wasn’t in my own bed at home and had taken some NightQuil.

Since I was in charge I got up on a chair and pressed the button to stop it.

But then it happened again. And Matt said this happened before and it kept going off and they couldn’t stop it. So last time they put it in the exercise room under a ton of blankets. Well, that wouldn’t work for me because I’m a light sleeper. So I figured we should just pop the battery out. 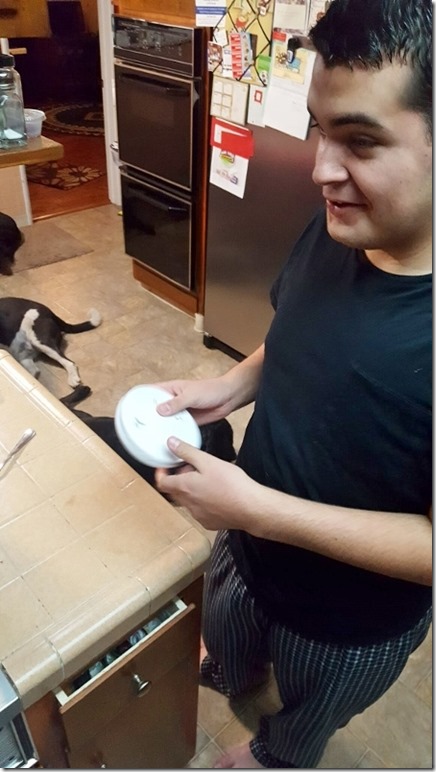 But the thing would not come apart! We tried twisting and turning and prying it open but NOPE. We bent a butter knife trying to get it open.

And after several hours* of fighting with this ear drum destroyer I told Matt we should just break it. And even that was a challenge!! (*Okay, maybe not hours but at least 4 minutes.)

Finally we broke it open enough to push the battery out of the way.

But instead of thanking me for saving her kid from permanent hearing loss my mom informed me that the fire alarm was supposed to be one of those ones guaranteed for 10 years and it was barely 1 year old. Whelp. Now you tell me. 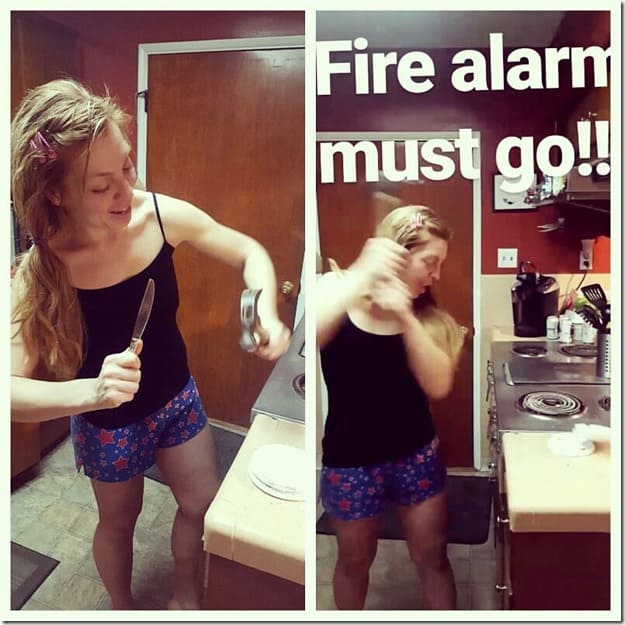 Luckily, fire alarms are on sale at Costco. You should get one too. Maybe this whole debacle happened just so I can remind you to check your fire alarm. See Mom? Don’t be mad. It’s for a good cause. 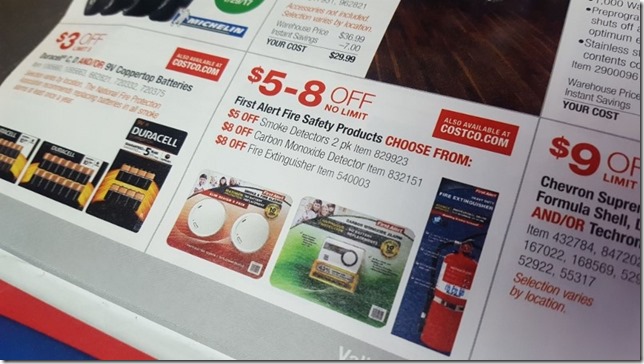 But I did get punished in the form of Vegas barfing on the bed while I was gone. What a jerk. 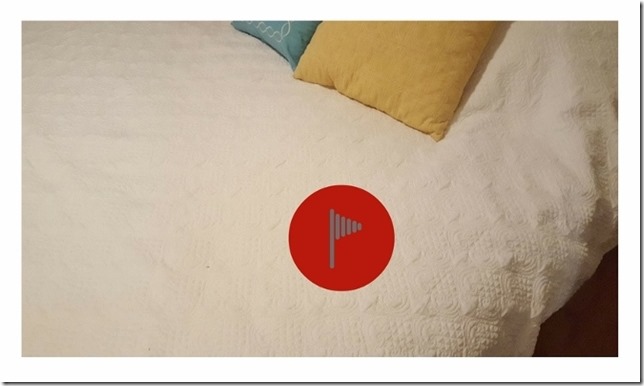 In food news… I made a massive epic ridiculous salad for a late lunch. 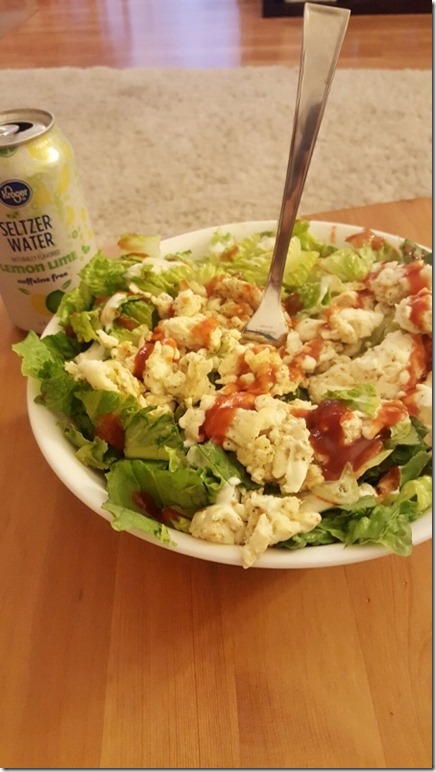 And then I went to the grocery store where I perused the nut butter options. I don’t need any PB or almond butter or magic beanstalk butter… but I like seeing what’s new. And I spotted this PB from Australia that’s made with RUNNER NUTS.

What are runner nuts? Should I be eating them before I run? After I run? Do they make you a better runner? 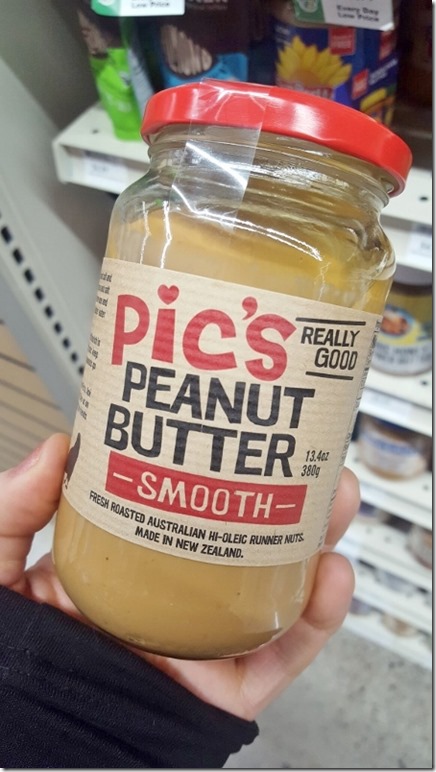 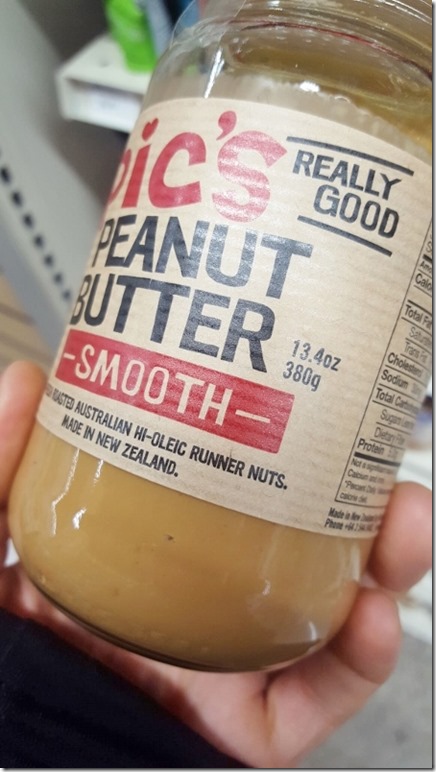 Before we talk about running goals for 2017…. have you thought about your WINS for 2016? What did you accomplish? What can you learn from the year? We’ll talk about the highlights next time!

READ  I want a Puppy and My Cat Is Helping Decorate

Don’t forget to check your fire alarm! Because if you have a fire at your house and my mom finds out she’s going to say that me breaking her alarm was pointless and then I’m going to be grounded or something. Thanks.

Question: Are you as obsessed with Costco as I am?

Should I try Runner Nuts? Have you tried them?

The Running Trip You Don’t Want to Go On

I Am Turning Into Vegas The Cat

I Took the NO STINK Challenge

Fitness Gifts For $25 or Less

I Just Do What SR Tells Me

How To Celebrate Cinco De Mayo

Half Marathon in 10 Weeks Training Plan and Race Packing List...